In 2016, AMI-audio launched a revival of the classic Canadian radio and television political satire program, Double Exposure. The new show, Double Exposure’s Newzapalooza, is a half hour radio program of sketch comedy covering politics and current events. I was tasked with developing a television spot to cross promote the show on our television network; the audio from the spot would also be used to promote the show on it’s own channel.  Getting this program was a big step for the channel, the spot had to be great, and it had to be authentic.

At AMI-tv, we are often required to create television spots that cross-promote radio programs from our sister channel. These spots always have additional challenges, as you generally have no visual assets to work and must create a visual identity for each program and spot. This becomes increasingly difficult when you are working with a program that either features abstract concepts that do not easily translate visually, or features content so specific that no available resources (ie: stock footage) will effectively communicate the message. The content of Newzapalooza was very strong, but we needed to find a way to bring the audio to life for a visual audience, that would also carry equal weight and effectiveness as a standalone audio spot. As a small channel, we also are constrained by small budgets, limited resources, and high work volume, adding to the complexity of assignment. 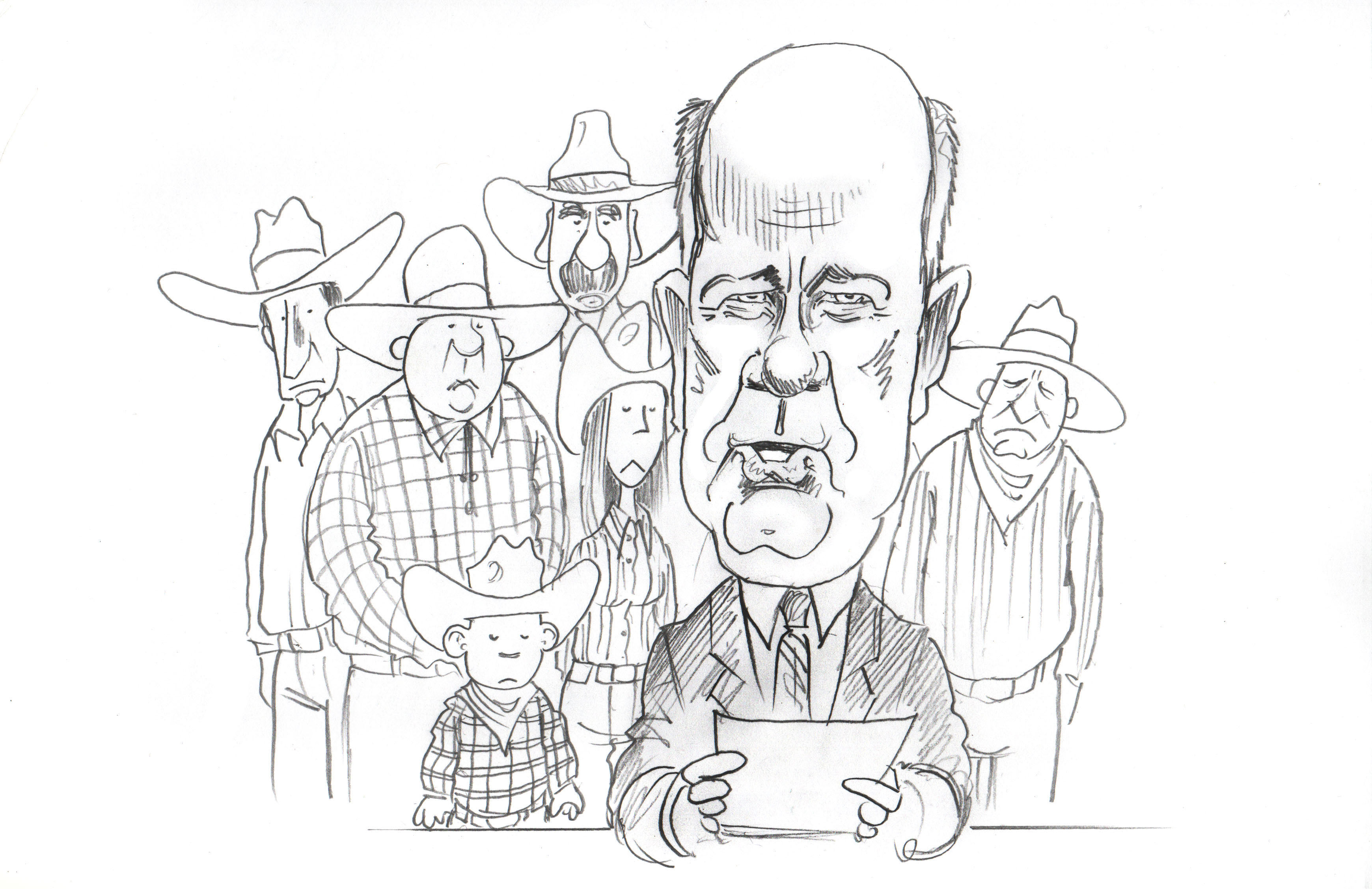 I decided the best way to visually represent the program, and center the marketing around the content of the program, was to literally bring it life, in the form of a cartoon. I pitched the concept to the head of TV production and to the head of programming for the audio channel, with the explanation that this spot would require some budget, and more time for delivery. Both parties were excited with the concept and agreed to allow me to move forward.

I developed an art and animation style for the spot that I knew I could execute, even though I had never done character animation, and that would be feasible within a limited budget. I wanted the cartoon to have the aesthetic of traditional political cartoons from newspapers, strategically aligning the imagery with AMI-audio, which features many programs of people reading articles from print sources. By taking this route, the expectations of movement from the characters would be limited, allowing me to focus on only crude animations of the mouth, head and extremities. It also meant that I would only have to commission an artist to draw the static images, that I would animate after, greatly reducing both the cost, and the time required.

Through the power of google, I was lucky enough to find an incredibly talented artist named David Anderson who specialized in exactly the art style I was looking for.

The spot has been successful in the promoting Newzapalooza on both television and radio, and provided another unique, engaging, and entertaining spot for our commercial-free breaks. The promo is memorable for its unique aesthetic and unconventional animation style, and is highly effective in showcasing the content for the program. Bob Robertson and Linda Cullen, the creators, writers, and stars of the program, reached out to thank me and say, “they always imagined the show being animated, and this is exactly how they would have wanted it”. The promo also received recognition from the industry when it was featured as a daily Hot Spot, on the PromaxBDA online publication, Brief.

LET'S GET THE BALL ROLLING.

Just leave us your contact information and we’ll be in touch with a quick introductory call to establish your needs and determine the best engagement option to suit your goals and budget.