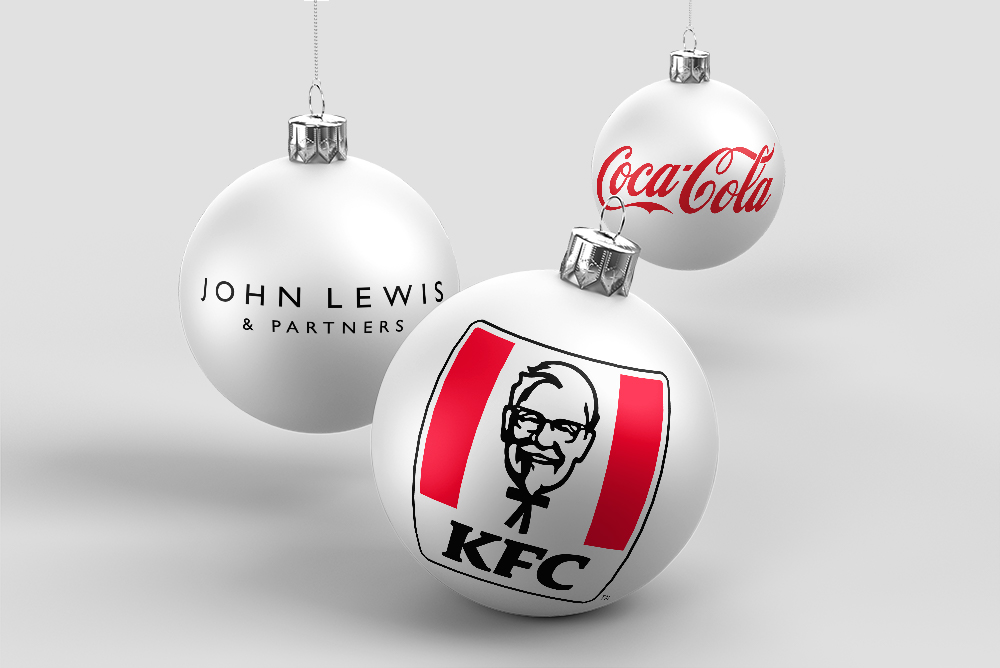 The Brands That Hijacked Christmas

By Philip Agnello and Tim Hughes

For many of us, the Christmas holidays are a special time of year. Whether you celebrate in a traditional way, a modern way, a way that is uniquely your own, or even if you don’t celebrate at all – the holiday season has become a global event that has undoubtedly ingrained memories and impressions upon us all.

Christmas is a time of great feeling: Family. Giving. Receiving. Travel. Sights. Sounds. Taste. Smell. Once the American Thanksgiving turkey has been gobbled (pun intended), and the Cowboys of Dallas and Lions of Detroit have honoured their annual Thursday commitments, oh by gosh by golly, the time for mistletoe and holly arrives in full swing.

Brands have long sought to leverage cultural events as a way to anchor themselves to something that is sure to leave an impression. The holidays, and Christmas specifically, have long been an event that brands have sought to associate with – for many with great success.

Science has proven that emotional states heighten our memory around events. And for brands, recall is at a premium. Therefore it makes sense for a brand to try to attach itself to an emotional experience, especially a positive one, and become a part of these memories. Christmas = Good Feelings. Brand = Christmas. Brand = Good Feelings.

A Global Icon For A Global Brand

One of the most recognizable global brands, Coca-Cola, has long been tied to Christmas. They first started promoting Christmas themed ads in the 1920’s.

What I find incredible about the association, unlike many others who have hitched on the Christmas sleigh, is the lack of a natural product tie-in. Christmas is generally perceived as a cold-weather holiday. White Christmas much? Yet Coca-Cola is always presented as cold and refreshing. When we think of winter beverages, they’re usually of the warm persuasion. I mean, who comes in from a snowstorm, chilled to the bone, and says, “man, I could really use a cold, refreshing drink!”.

But I digress. Above all, the soda giant may have pulled off the greatest coup in Christmas history. They recruited the holy grail of celebrity endorsements: the big man himself, that jolly-old elf in his bright red suit, the bringer of joy to children around the world, the one, the only, Santa Claus.

In fact, the brand has fostered such a strong association with the hefty old man that to this day, people falsely believe that Coca-Cola created the modern image of Santa!

Note, the modern interpretation of Santa Claus – his beard, red suit, jolly nature and rotundness – dates to the 1800’s.

It was in 1931, when Coca-Cola commissioned artist Haddon Sundblom to paint what would become the indelible image of Santa Claus.

As far as international recognizability, it doesn’t get much bigger than Santa – and yes, Coke certainly deserves some of the credit there. Denzel Washington’s character in the film Training Day famously proclaimed, “King Kong ain’t got shit on me!”, well, when it comes to celebrity, ain’t nobody got shit on Santa!*

The best part for Coca-Cola? The ageless wonder takes no fees! And no, it’s not because endorsement fees run contrary to the spirit of Christmas.

Let’s be clear, other brands are free to use Santa in their marketing, too. And boy do they ever! But we all know his top endorsement priority will always be to the colour coordinated beverage producer.

Now some may cynically view jolly old St. Nick as a sad icon of consumerism or a puppet for the secularization of a religious holiday. Others will undoubtedly view him as a great representation of charity, goodwill, and the joy to which all children should experience. But no matter what your personal views may be, you can’t deny his global stature, or his association with Coca-Cola.

Earlier we spoke about a particularly large fowl known to frequent another holiday table setting. But in addition to Thanksgiving, the turkey has long been a favorite on the table of Christmas dinners throughout the world, particularly in the U.K. and North America.

Over the last 45 years, Kentucky Fried Chicken has leveraged this “American” tradition and staked claim to Christmas in an unexpected place – a place where the vast majority of people don’t even celebrate Christmas – Japan.

Like all legendary beginnings, there are a few different accounts of how the Colonel and his finger-lickin’ chicken first came to be associated with Christmas in Japan. Was Takeshi Okawara – manager of Japan’s first KFC – inspired after overhearing expats proclaiming chicken as the next best thing at Christmas in lieu of turkey, which was generally unavailable in Japan? Did Okawara really cater fried chicken to a local primary school’s Christmas party dressed as Santa himself?

The undeniable fact remains that in December of 1974, Kentucky Fried Chicken began marketing “Kentucky For Christmas” in Japan. The fast-food chain promoted “Party Barrels” that were inspired by the traditional western Christmas dinner.

Over the years, eating KFC at Christmas has grown into a Japanese national tradition. It has become so popular that you must place your order days (even weeks) in advance, or risk waiting hours in line.

Andy Williams famously sings “it’s the most wonderful time of the year”, for KFC Japan, it’s certainly the most lucrative time of the year. The days preceding Christmas account for over 10% of their annual revenue!

While gift giving isn’t really part of Christmas in the land of the rising sun, the nation has embraced many of the commercial aspects of the holiday – I’m told Wham!’s Last Christmas is a local favourite – and right at the center of it all is the affable Colonel Sanders San in his Santa suit.

(Meanwhile across the pond...) BLIGHTY BELLS ARE RINGING

Let me tell you a little bit about U.K. Christmas advertising pre-2011; it was basically what Mrs. Claus would call “reindeer shit”: tinsel, turkey and big brands stacking high, selling cheap. No nuisance, just noise. Then something happened. Something big. Bigger than Christmas; bigger than the birth of the baby Jesus: the birth of the big-brand Christmas blow-out ad!

Ask anyone in the U.K. who hijacked Christmas and they’ll all agree on one simple name: John Lewis. Santa take your sleigh, there’s a new sheriff in town. For those of you on the *other* side of the pond, and not in the know, John Lewis is the aspirational department store much beloved by the owners of Mini Coopers and Hunter Wellies. Their reputation was quality, but dull; the place your parents would shop, not necessarily the brand you would think to change the face of advertising for a decade.

Although John Lewis had been making ‘normal’ annual Christmas ads since 2007, they changed the game in 2009 when they brought on-board the then independent ad-agency adam&eve.

What had once been the reign of cheesy Christmas pop and rocking-around-the-Christmas-tree, suddenly we were introduced to the moody, the evocative, the understated. Instead of Slade, we got an acoustic version of Guns n’ Roses’ ‘Sweet Child O’ Mine’ and suddenly John Lewis went from the reliable to the relatable. Something was stirring, it was beginning to look a lot like Christmas, and the cash-registers were ringing harmoniously with the sleigh bells to the tune of a 12% uplift in year-to-year festive sales. Move over St. Nick, St. Craig Inglis of the Marketing Department was coming down your chimney.

In 2010, they unveiled a cover of Elton John’s: ‘Your Song’, that incidentally reached No. 2 in the U.K. Charts – only missing out to an X-Factor tribute to David Bowie – but it was in 2011 when adam&eve pulled the star out of the stocking.

They’d hit the nail on the head with acoustic class the year before, and in 2011 there was no holding back. Slow Moving Millie was the band, ‘Please, Please. Please Let Me Get What I Want’ (The Smiths) was the track. The creative was a story of a little boy who seemed impatient to receive his Christmas gifts, only to flip it round in the final shot. *Spoiler Alert* the boy was impatient to give his parents the gift he had got them! It left the nation reaching for the Kleenex. The tag line: ‘For Gifts You Can’t Wait To Give’ was a masterpiece in copywriting and it was game-set-match to John Lewis. They’d dropped the mic, they stolen the season. They’d worked out the right combination of music, tone and tugging on heart strings; they’d redefined the genre.

Christmas belonged to John Lewis. “Never knowingly undersold” was their mantra, “Never knowingly under-Christmassed” was their promise. Their advertising worked, rumoured to be about £5m worth of creative and 10 times that in media, they were laughing all the way to the bank with £600m sales (just under $1 billion) in the 5 weeks the campaign ran.

In the following decade of glory, they’ve had good years and they’ve had great years, they haven’t had any bad ones. They had iconic music reworking in their inimitable (but often copied) style. They’ve launched characters that have become national treasures and in-store plush toys for the most middle-class of Christmas mornings. And even real national treasures like Sir Elton John.

The formula is simple: acoustic, artistic and tear jerkingly sentimental. This is the closest you get to a Richard Curtis movie in an ad-break.

They broke the Christmas Pudding mould. Often copied, often parodied but the finest example of speculate to accumulate. These ads pluck the nation’s heart strings and define the start of the Christmas season. It’s ‘must-see’ advertising that gets the nation talking, and sends John Lewis “ho, ho, ho-ing” all the way to the bank.

Putting a Bow on It

From the most iconic of characters, to the most quintessential of feasts, to the national tone-setting declaration that Christmas has arrived; we’ve seen three brands stake claim to Christmas with awe-inspiring effectiveness.

I would be remiss to not acknowledge that for many of us, this Christmas won’t be like those that came before it. But as we prepare to eat, drink, and be merry, let’s not forget about the brands that help make our experiences special. Sure, they’re self-serving. Of course, they’re insignificant when measured against loved ones, charity and good health. But you know what? That’s alright! It’s often the littlest things that make a difference, and in a year like this one, small reminders of normalcy can be a welcomed respite.

So when you see the look on your child’s face as they tear open the gift that was personally delivered by the immaculate, Coca-Cola curated image of Santa – be happy.

As you and your family settle around the table, adorned with a bucket of the Colonel’s finest, decked to the halls with the all the fixings – be happy.

And when your eyes well up, and your breath gets short as you are catapulted into a heart-felt, cinematic excursion into the true meaning of Christmas, tagged with the logo of a high-end department store – be happy.

Because isn’t happiness what Christmas is all about?

Philip Agnello is the founder of Philip Agnello Creative Consulting – the Toronto based, global boutique consultancy to make your brand the best version of itself. 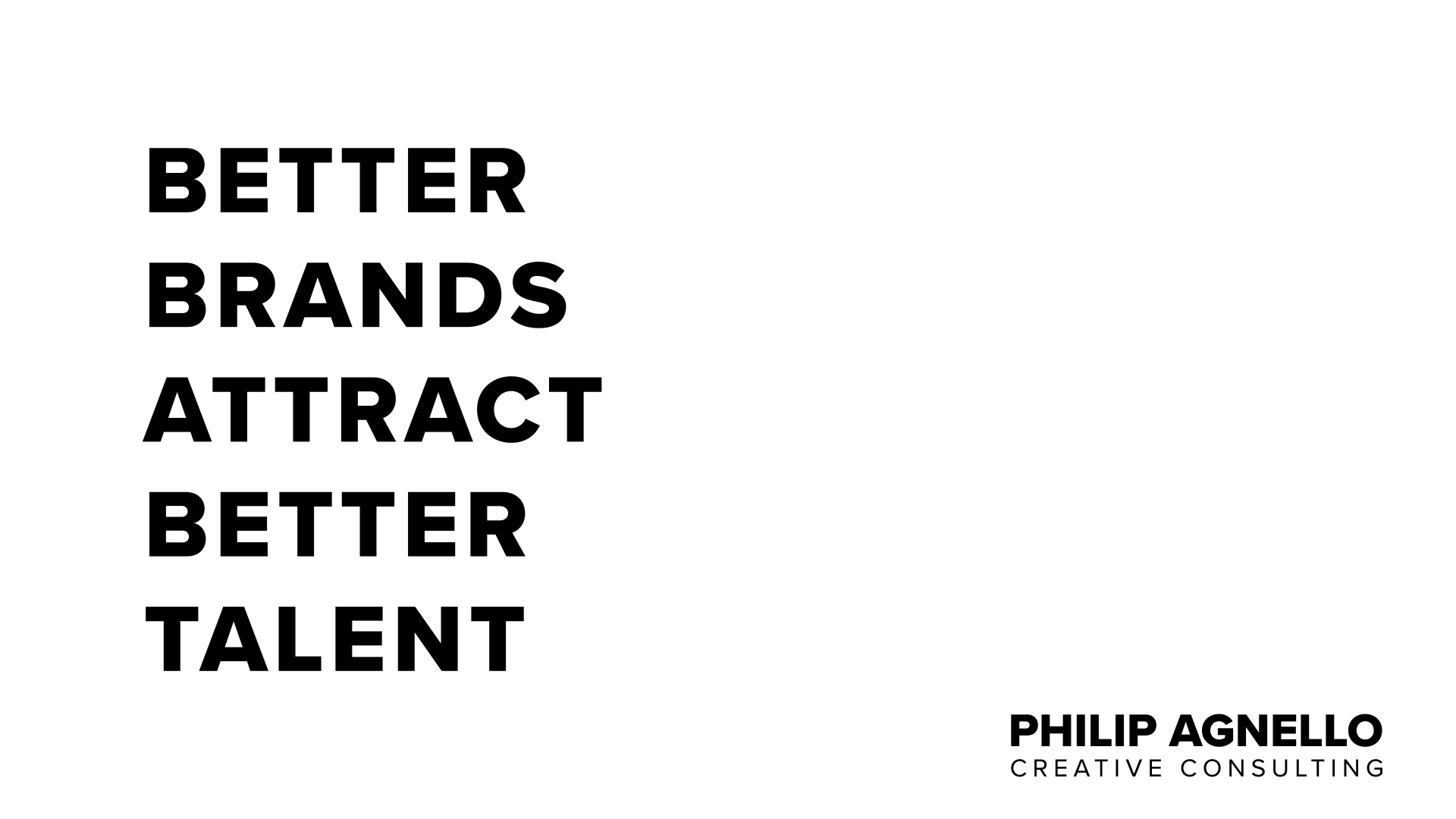 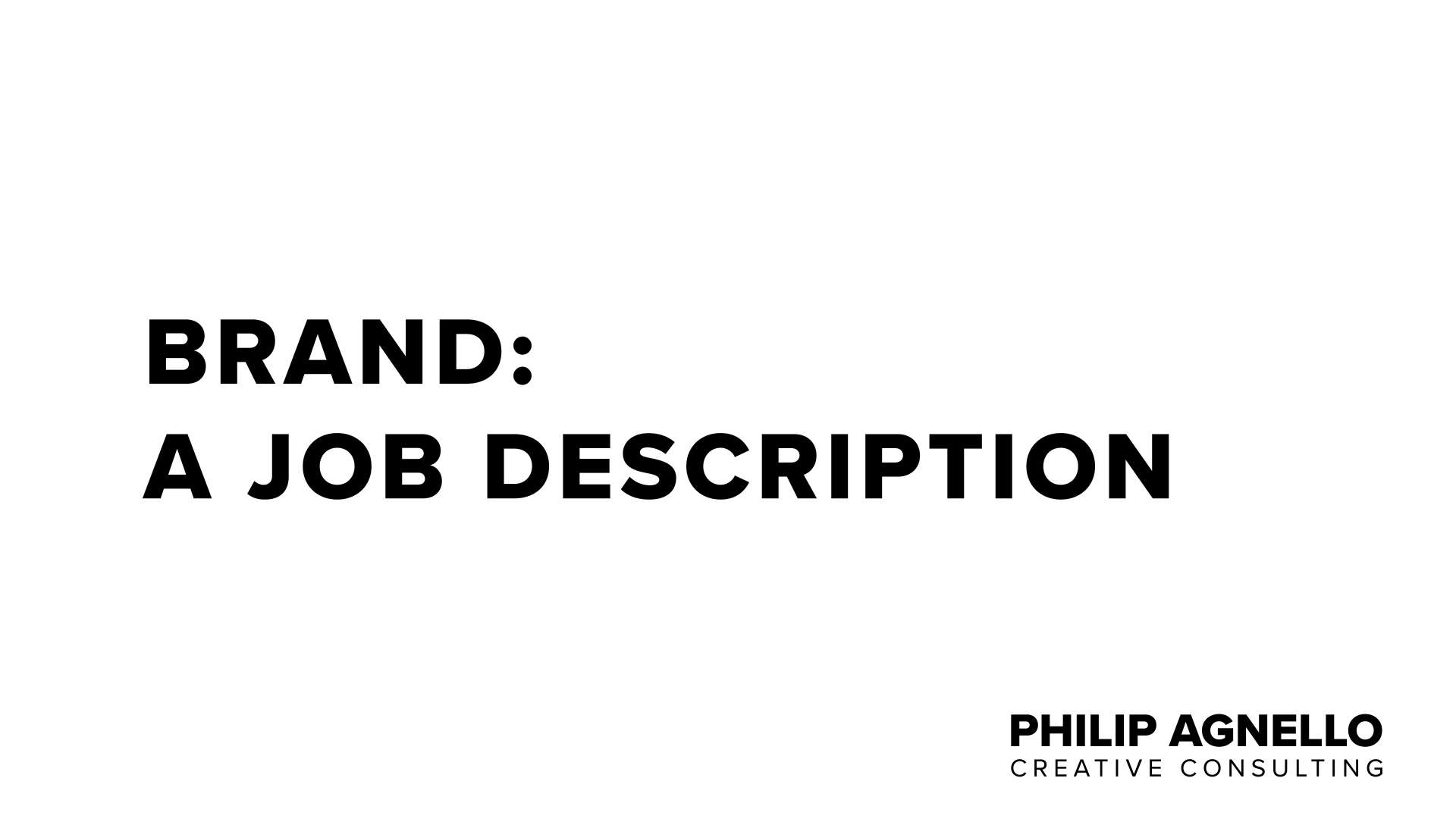 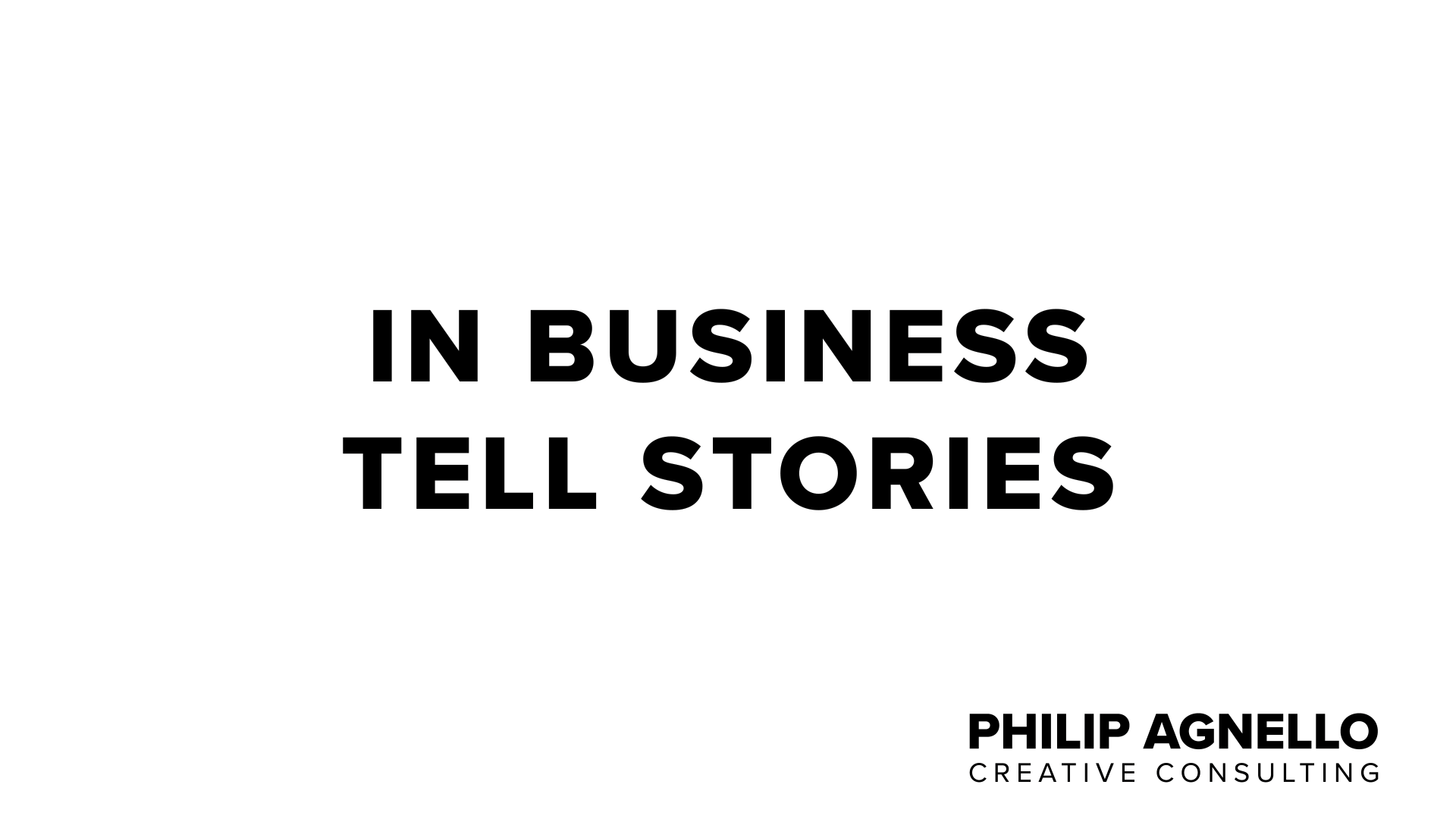 Stay connected for the latest news, videos and case studies.

LET'S GET THE BALL ROLLING.

Just leave us your contact information and we’ll be in touch with a quick introductory call to establish your needs and determine the best engagement option to suit your goals and budget.